Download Itinerary PDF View Route Map
Explore Canada's cosmopolitan cities and their English and French heritage.  Feel the mist of the falls on your cheeks as you gaze the roaring majesty of Niagara Falls.  Sail the 1,000 Islands at Kingston, Canada’s original capital city. Experience the rich cultural diversity of Ottawa, explore Montreal, and discover one of the oldest existing European settlements in Quebec City.
Tour can be operated in the opposite direction.
This is not an Escorted Group Tour.
This tour is 100% customizable.
The tour can be operated in the opposite direction as well.
This tour can also be operated as a Private Tour.

Day 1 – Arrive in YYZ and transfer to Niagara Falls, ON.

Day 2 – Choice of any one of the two Niagara Falls Package included in your tour.

Package 1 – Hornblower Cruise: Voyage to the Bottom of the Fall.  You will sail abroad a state-of-the-art Hornblower catamaran past the American Falls, Bridal Veil, and the bottom of the falls to come face to face with the Canadian Horseshoe Falls.  Feel the thundering roar, awesome power, and amazing mist as your catamaran sails to the bottom of the falls and back.
Package 2 – Journey behind the Falls:  The elevator will take you 125 feet down the bedrock where you will walk through the tunnels drilled into the bedrock.  You will walk to the Cataract  Portal and the Great Falls Portal one-third of the way behind the massive sheet of water. Walk on to the Upper and Lower Observation Decks at the very foot of the Falls. You will experience the awesome spectacle of one-fifth of the world's freshwater crashing down to the basin below. During summer daylight hours, over 2,800 cubic meters of water thunders over the brink every second, travelling 65 kilometers per hour!
Rest of the day.
Overnight in Niagara Falls, ON.

Day 3: Transfer by coach to Toronto.

Mid-day, our coach will pick you up from your hotel in Niagara Falls and transfer you to downtown Toronto.  The trip from Niagara Falls, ON to Toronto takes proximately 2 1/2 hours.  On arrival in Toronto, check into your hotel.  Rest of the evening free to explore downtown Toronto on your own.
Hotel check-in starts at 4:00 PM.
Toronto is Canada’s largest metropolis and its financial powerhouse.  The city offers with its multi-cultural population a cosmopolitan flair and celebrates the excitement of urban living while embracing its peaceful natural setting on Lake Ontario.
The city is home to a vast ravine system of protected green space. The city boasts of year-round festivals; many of these free. Dominating Toronto's skyline is the CN that is iconic Tower. Although it no longer claims bragging rights as the tallest building in the world, the CN Tower, still soars a whopping 553 meters (1,853 feet) and is as jaw-dropping as ever.
Explore the cobbled lanes of the Distillery District historic site, a 13-acre urban hub of art galleries, indie boutiques, craft beer brew houses, artisanal coffee shops, and restaurants such as trendy El Catrin, known for its small-plate Mexican dishes, mezcal menu, and bold Day of the Dead decor.
Toronto Islands - a pastoral archipelago in the Toronto harbor. Wander the blissfully car-free lanes among pastel-hued cottages on Ward’s Island, entertain the kids on the rides at Centreville Amusement Park, or join the bohemian crowd at Hanlan's Beach, Toronto’s only official clothing-optional beach.
Overnight in Toronto, ON.

Day 4 – Choice of Toronto Hop on hop Off Tours or admissions to anyone attraction - CN Tower, Ripley’s Aquarium or Royal Ontario Museum.

Toronto Hop-On Hop-Off Tour - Enjoy a tour of the city of Toronto aboard our hop-on hop-off tour bus.  The pass is valid for 24 hours and allows you unlimited hop-on hop-off privileges. The tour coach stops off at over 20 stops including popular destinations such as Yonge & Dundas Square, Lawrence Market, Art Gallery of Ontario, Casa Loma, Bremner Boulevard, and Distillery District and more.  Pre-recorded audio commentary is offered on board.
CN Tower - dominates the Toronto skyline.  The tower soars a whopping 553 meters (1,853 feet) and offers as jaw-dropping views of the city and its waterfront.
Ripley’s Aquarium - features over 20,000 marine animals. Ripley’s Aquarium of Canada in Toronto is the place to see awe-inspiring underwater wildlife creatures from all over the world.
Royal Ontario Museum - The Royal Ontario Museum with its six million things in their collection, including an extraordinary gallery of dinosaur fossils.is certainly one of Toronto’s top tourist destinations.
Rest of the day free to explore the city of your own.  We recommend you visit the Distillery District and Theatre District on King Street.
Overnight in Toronto, ON.

This morning check-out of your hotel and travel by VIA Rail (tickets included in your tour package) from Toronto Union in downtown Toronto to Kingston.  Your train departs at 10:32 AM and arrives in Kingston at 12:42 PM.  On arrival, transfer to your hotel on the Kingston waterfront.
Kingston : is a city rich in history and culture. The people of the First Nation named her Katarokwi; later she was referred to as King's Town in honour of King George III and Canada's first capital.  Downtown Kingston has several historic buildings including the Kingston Public Market, the oldest market in Ontario, which has been providing food and a sense of community to the residents of our city since 1801. Kingston is also home to Fort Henry, the original structure of which was built during the war of 1812.
Overnight in Kingston, ON.

Morning - Heart of Island – 3-hour 1,000 Island Cruise - Morning – depart of on Cruise from downtown Kingston into the heart of the  Admiralty Islands, home to  the highest concentration of small cottage islands and picturesque channels in the 1000 Islands. The Heart of the  Islands Cruise is our most in-depth cruise in the 1000 Islands: it's the perfect way to explore the  scenery that has made the region famous throughout the world. Onboard you'll enjoy live entertainment  and live-hosted commentary  which describes the  history and folklore of the 1000 Islands. A full­ service bar and canteen is available. Ticket includes sightseeing, live music, and commentary; select departures can be upgraded to  include a lunch or brunch (see Islands Lunch Cruise, Islands Brunch Cruise).
At the end of your cruise, you will be transferred form your hotel in downtown Kingston to VIA Rail station for your 3-hour train journey to Ottawa.  Arrive in Ottawa around 8:15 PM and transfer own to your hotel in downtown Ottawa.
Make sure you pack your bags and check out of your hotel before leaving for your cruise.
Overnight in Ottawa, ON

Clients have the choice of opting for Ottawa Hop-on Hop-off Bus Tour in place of 2-hour Historical Highlights Walking Tour.
Today, before you set off on your tour, you should pack your bags and check out.
Ottawa - Historical Highlights Walking Tour - Start your two-hour Historical Highlights Walking Tour of Ottawa.  Our tour guide will provide you with a detailed insight into the history of the places the tour will stop at. The tour will include stops at Parliament Hill, The National War Memorial, Sparks Street, Major's Hill Park, The Fairmont Chateau Laurier, The Bank of Canada, The Rideau Canal, The Prime Minister's Offices, The Byward Market, And other areas of interest in Ottawa's downtown core.
Ottawa Hop-on Hop-off City Tour – See the best of Ottawa without the stress of public transit and taxis on this hop-on hop-off guided bus tour. With your 1-day pass, hop aboard the double-decker, open-top bus for a panoramic sightseeing excursion. Great for kids and adults, your ticket offers the chance to see over 75 sites at more than a dozen strategically placed stops. Hop off at every stop, or just take in views on the full city loop.
Late afternoon, transfer on own to Ottawa downtown VIA Rail station and depart for Montreal.  Your train depart from Ottawa Downtown Station at 4 PM, arriving in Montreal Central  at 6:00 PM.  On arrival, transfer on own from the train station to your hotel in downtown Montreal.
Overnight in Montreal, QC.

You have the choice of Old Montreal Tour or a Montreal Hop-on Hop-off City Tour.
Old Montreal Walking Tour  - Our expert guide will take you on a 3-hours walking tour  of the main historical sites of Old Montreal.  Walk the charming, cobbled streets and winding alleys of the historic district which reveals all its rich heritage.
Old Montreal East - Visit the unmissable historic sites of Old Montreal and discover some of its hidden treasures along the way. See among others: the exterior of the Notre-Dame Basilica, Cours le Royer, rue St-Paul, Place Jacques-Cartier, the Town Hall, the Champ de Mars, rue Bonsecours and its famous chapel, end near Bonsecours market.
Old Montreal West - Get off the beaten path with this guided tour of Old Montreal. Immerse yourself in the economic effervescence of Montreal in the 19th century and witness the current dynamism of the metropolis. See among others: the exterior of the Notre-Dame Basilica, Place d'Armes, St-Jacques Street and its banks, McGill Street, Place d'Youville and Place Royale, end near the Pointe-à-Callière Museum.
Montreal City Hop-on Hop-off Tour - Explore the best of Montreal on this our narrated hop-on hop-off, double-decker bus tour. Visit many of Montreal’s top attractions — like Notre-Dame Basilica, Chinatown, Mount Royal Park, Crescent Street, Old Port and Old Montreal, to name just a few. With this two-day pass, you can board at any of the 10 stops and get to know the largest city in Quebec in customized fashion, with live onboard commentary from a bilingual professional tour conductor. Stops include Notre Dame Basilica, Chinatown, Crescent Street, and many more
Overnight in Montreal, QC.

Day 11 – End of your Best of Eastern Canada Tour.

Today is the last day of your “Best of Eastern Canada Tour”.  Check out of your hotel and transfer on own to Québec City Jean Lesage International Airport (YQB) or VIA Rail station for your onward trip.
End of your Best of Eastern Canada Tour
Did you find what you were looking for?  Let our Canada destination specialists take the stress away and tailor a holiday that suits your interest and wallet.
Are you travelling as a group of 10 persons or more? Check with us for our special group rates including transportation.
Contact our Canada Destination Specialist

Rooms featured will be Standard ROH room unless specified otherwise.
Hotels featured will be as above or similar.
We feature a range of hotel properties.
Hotel upgrades are available.
Please check with us for rates and availability. 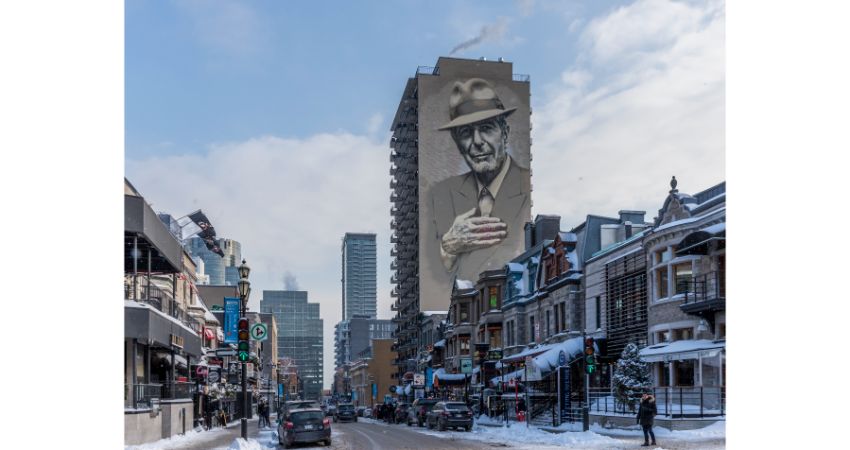 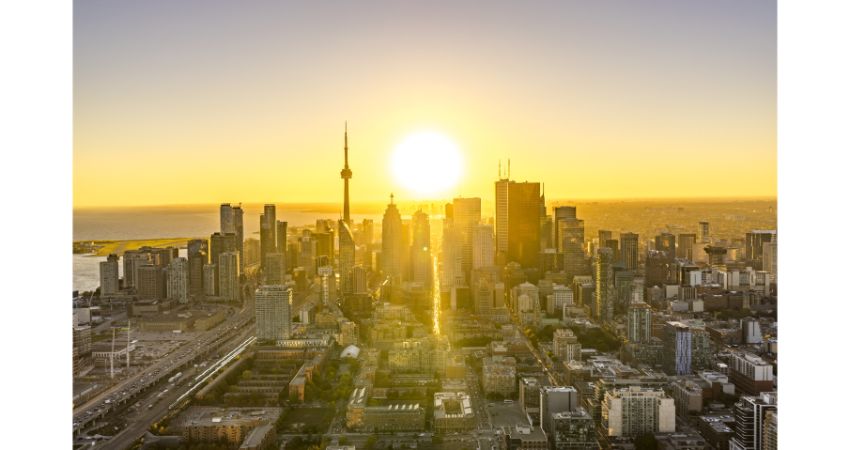 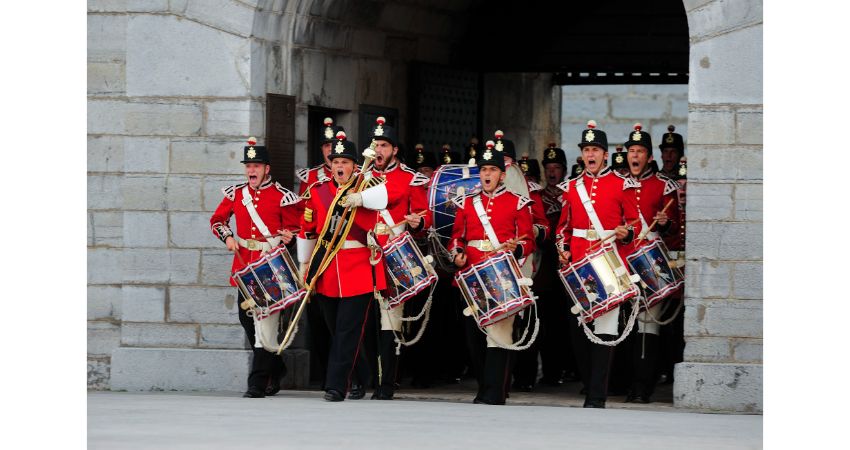 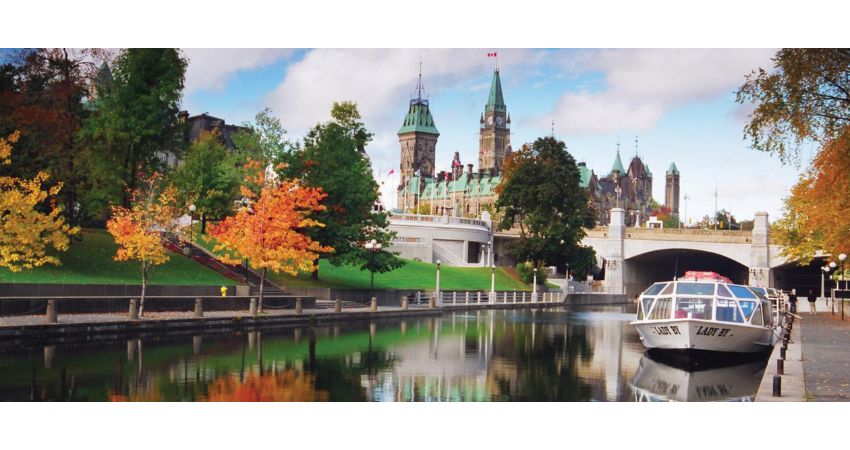 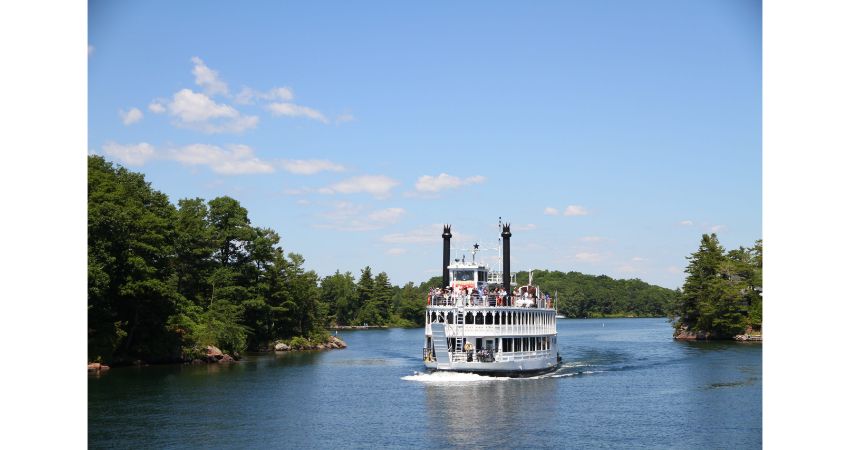 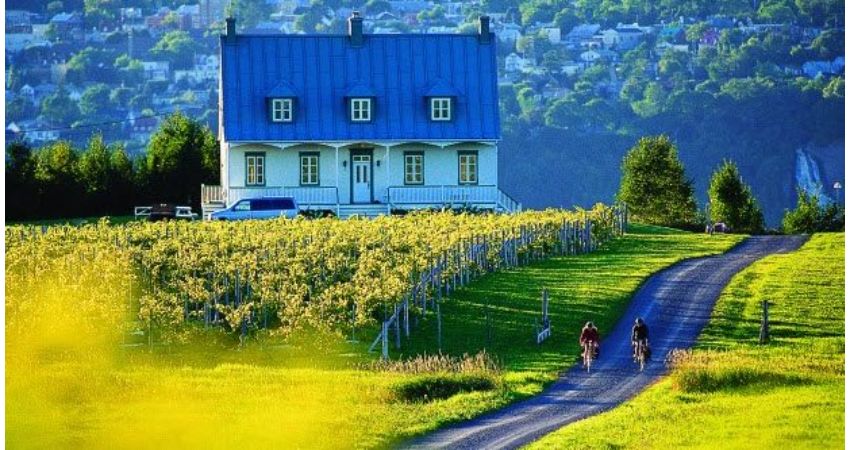 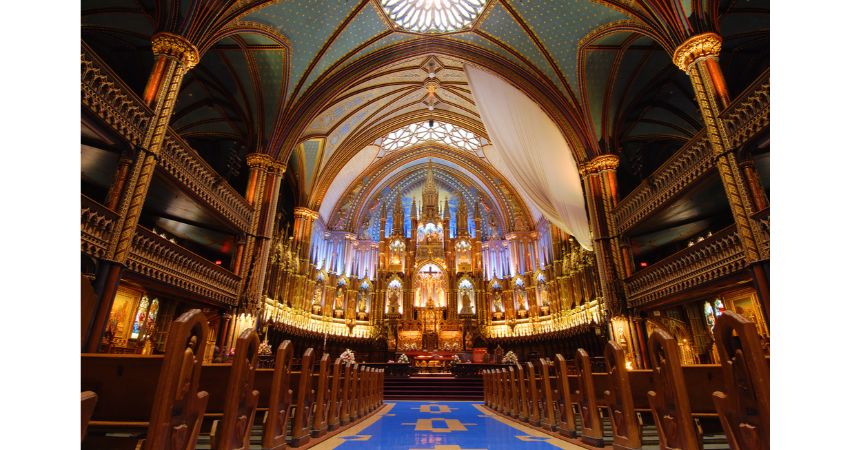 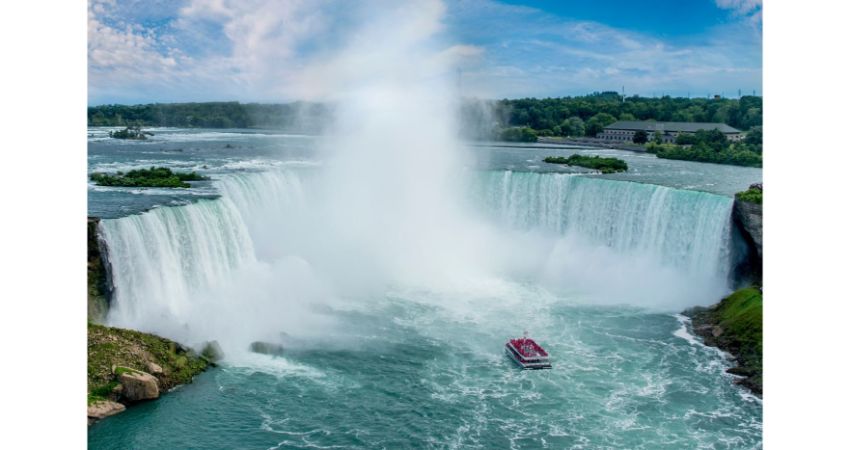 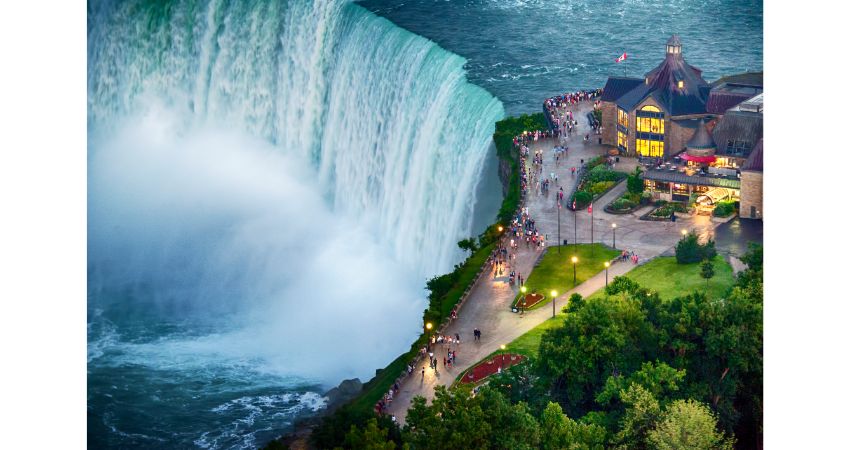 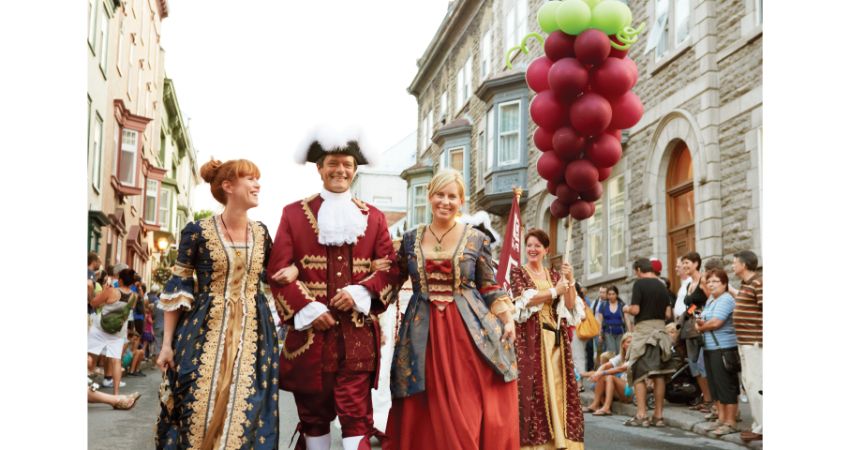 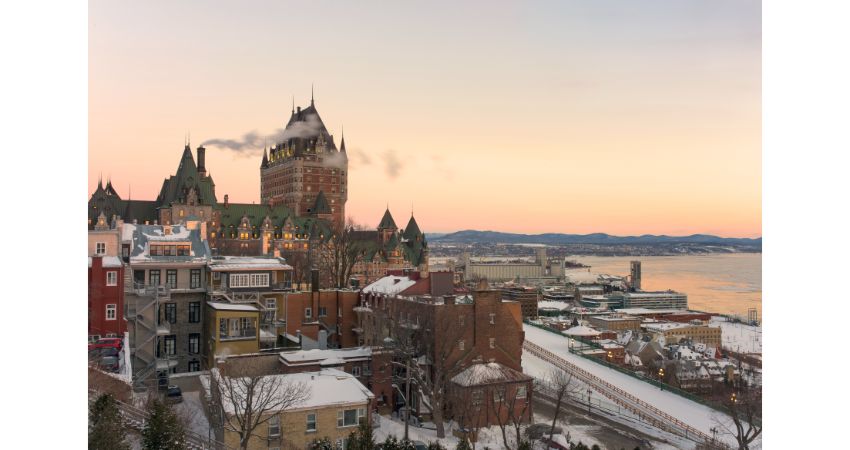 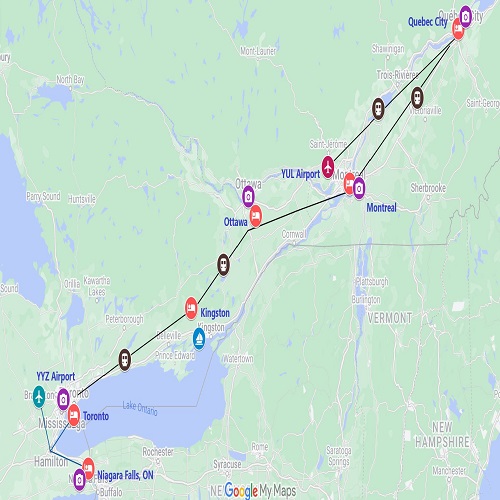