Note: Operation of this tour is subject to the evolving COVID-19 situation.

Day 1 – Arrive in Toronto.  Transfer to hotel on your own.  Rest of the day free to explore downtown Toronto.

Arrive in Toronto, Canada’s largest metropolis and its financial powerhouse.  The city offers with its multi-cultural population a cosmopolitan flair and celebrates the excitement of urban living while embracing its peaceful natural setting on Lake Ontario.
Toronto is home to a vast ravine system of protected green space.
The city boasts of year-round festivals; many of which are free. Dominating Toronto's skyline is the CN. Although it no longer claims bragging rights as the tallest building in the world, it still soars a whopping 553 meters (1,853 feet) and is as jaw-dropping as ever.
Explore the cobbled lanes of the Distillery District historic site, a 13-acre urban hub of art galleries, indie boutiques, craft beer brew houses, artisanal coffee shops, and restaurants such as trendy El Catrin, known for its small-plate Mexican dishes, mezcal menu, and bold Day of the Dead decor.
Toronto Islands, a pastoral archipelago in the Toronto harbor. Wander the blissfully car-free lanes among pastel-hued cottages on Ward’s Island, entertain the kids on the rides at Centreville Amusement Park, or join the bohemian crowd at Hanlan's Point Beach, Toronto’s only official clothing-optional beach.
Overnight in Toronto.

Day 2: Choice of admissions to any one - CN Tower, Ripley’s Aquarium or Royal Ontario Museum.

CN Tower: dominates the Toronto skyline.  The tower soars a whopping 553 meters (1,853 feet) and offers as jaw-dropping views of the city and its waterfront. Admission tickets to CN Tower is included in the cost of your package.
Ripley’s Aquarium: features over 20,000 marine animals. Ripley’s Aquarium of Canada in Toronto is the place to see awe-inspiring underwater wildlife creatures from all over the world.
Royal Ontario Museum: The Royal Ontario Museum with its six million things in their collection, including an extraordinary gallery of dinosaur fossils is certainly one of Toronto’s top tourist destinations.
Rest of the day free.
Overnight in Toronto.

This morning transfer by coach from downtown Toronto to Niagara Falls. This journey will take approximately 2 hours and on arrival, you will be dropped off at your hotel in Niagara Falls, ON.
Niagara Falls straddles three falls, the largest Horseshoe Falls in Canada and the smaller American Falls and the Bridal Veil Falls in the US. The Falls, once known as the “honeymoon capital of the world” offers spectacular views of the Falls, especially in the evenings when the falls is all lit up in multicultural lights.
Niagara Falls offers fun attractions, the most famous of which would be the “Voyage to the bottom of the Falls”.  Go on a Journey Behind the Falls, a signature experience that offers a unique view of the Falls from below and behind.
Take a Winery Tour to taste some of the finest Niagara Wines. Or soar the skies over the Falls in our Niagara Falls Helicopter Tour.
Overnight in Niagara Falls.

Day 4: Choice of any one of the two Niagara Falls Package included in your tour.

Package 1 – Hornblower Cruise: Voyage to the Bottom of the Fall.  You will sail abroad a state-of-the-art Hornblower catamaran past the American Falls, Bridal Veil, and the bottom of the falls to come face to face with the Canadian Horseshoe Falls.  Feel the thundering roar, awesome power, and amazing mist as your catamaran sails to the bottom of the falls and back.
Package 2 – Journey behind the Falls:  Elevator takes visitors 125 feet down the bedrock where they walk through the tunnels drilled into the bedrock to Cataract Portal and the Great Falls Portal one-third of the way behind the massive sheet of water. Walk on to the Upper and Lower Observation Decks at the very foot of the Falls. Visitors will experience the awesome spectacle of one-fifth of the world's freshwater crashing down to the basin below. During summer daylight hours, over 2,800 cubic meters of water thunders over the brink every second, travelling 65 kilometers per hour!
Overnight in Niagara Falls.

Check out of hotel and transfer on own.
End of your Tour.
Did you find what you were looking for?  Let our Canada destination specialists take the stress away and tailor a holiday that suits your interest and wallet.
Are you travelling as a group of 10 persons or more? Check with us for our special group rates including transportation.
Contact our Canada Destination Specialist

Note - The operation of this tour is subject to the evolving COVID-19 situation. 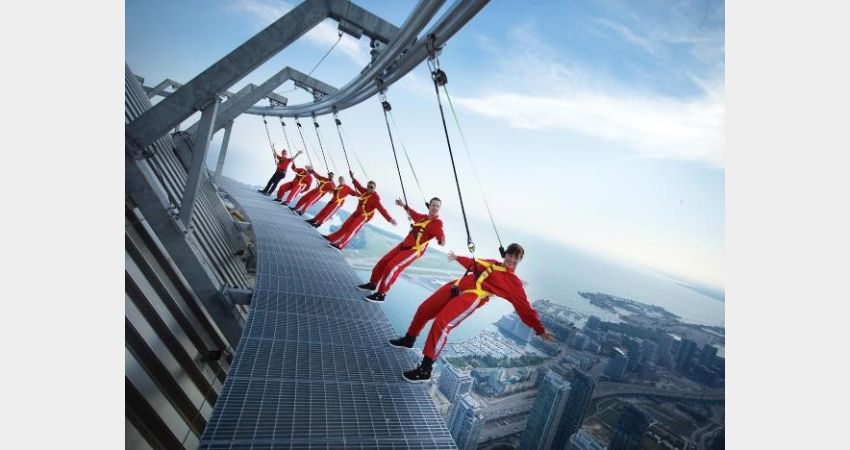 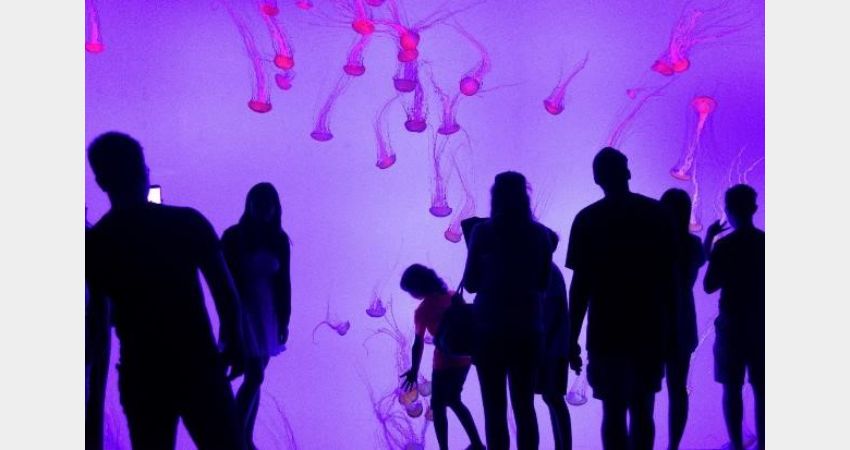 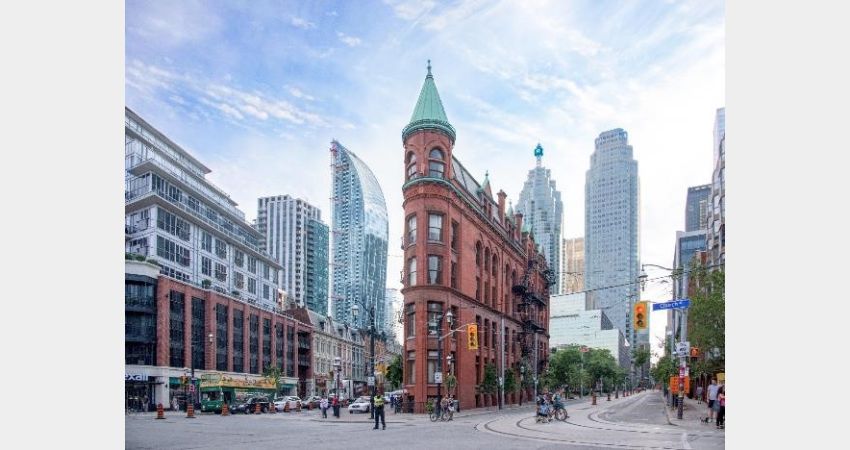 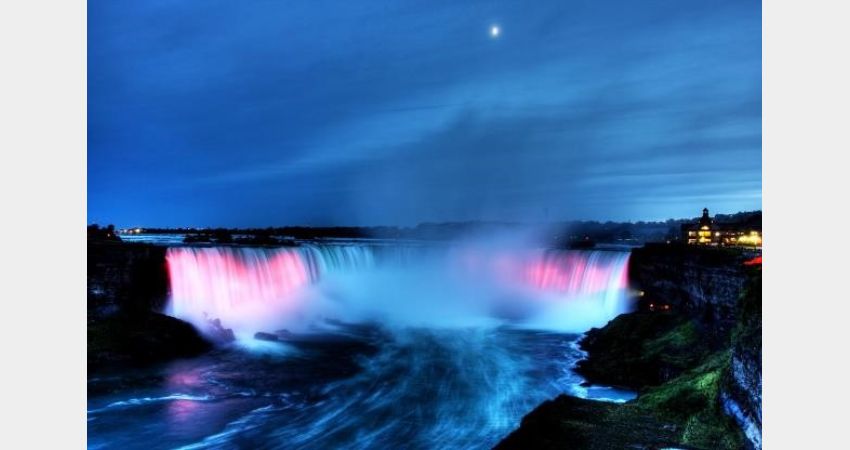 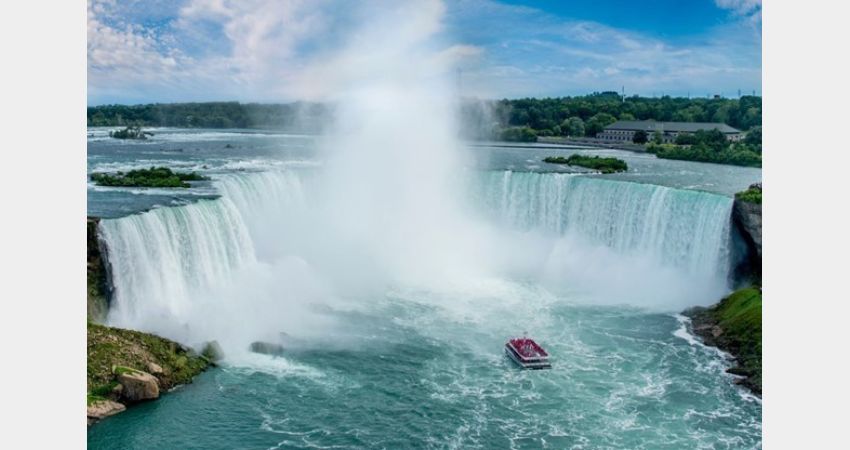 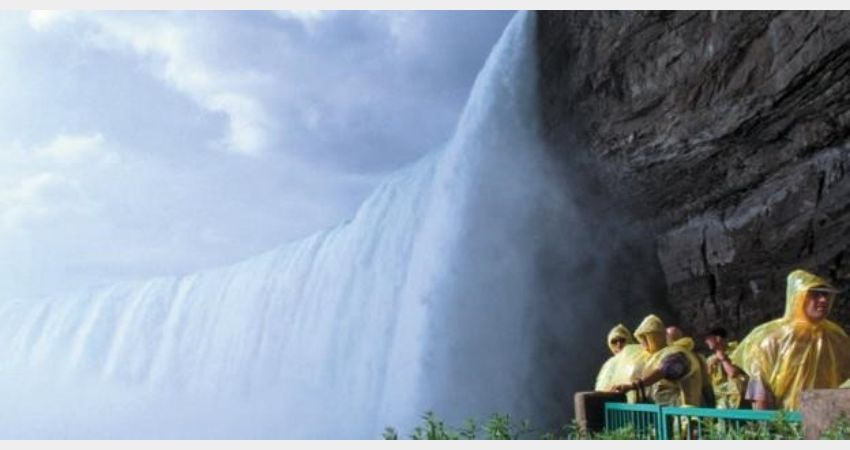 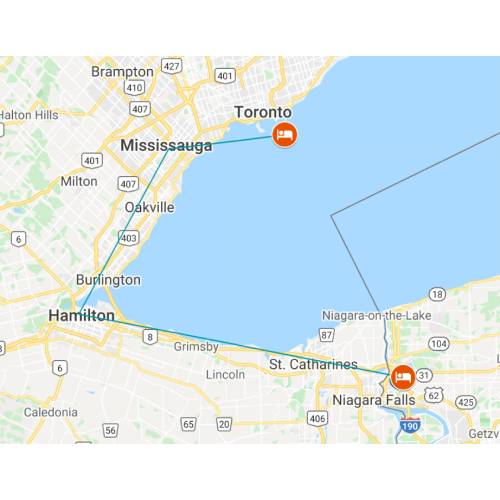