Availablity
May to October

Availability: May to October

The Eastern Express self-drive holiday celebrates Central Canada’s English and French heritage. The tour brings the fun of urban centers with the beauty and serenity of rural Quebec.  While Ontario offers you a very multicultural experience, Quebec is steeped in French culture and the people of this province are immensely proud of their roots.  Whereas Ontario is home to the world-famous Niagara Falls and Canada’s most multi-cultural city Toronto, Quebec is home to over a million lakes, a thousand rivers and the famous “Poutine”, a comfort food made of French fries, bean curd and gravy native to Quebec.  Blue fin, humpback and beluga whales call the province home, so keep your eyes peeled on your self-drive adventure for some wildlife-watching experiences you will never forget.

This afternoon arrives in Toronto.  On arrival at Pearson International (YYZ), pick up your bags and proceed to the Car Rental office at YYZ Airport.  You will present your confirmation voucher along with your valid Driver’s License and credit card to rent your pre-booked car.
Proceed to your hotel located close to Toronto Airport.  Rest of the day free to drive to downtown Toronto and explore the city on your own.
Overnight in Toronto, ON.

This morning you will depart on a leisurely self guided tour of the Niagara Peninsula. Drive through Canada's fruit and winelands.  In Niagara Falls, you will be treated to the awesome sights, sounds and spray of the Falls.  Your day will include a spectacular Voyage to the bottom of the Falls on the Hornblower Cruiser. Indulge yourself in a variety of other tours and excursions offered by us as a part of the Niagara Falls experience including a descend down 130 feet to the bedrock for a Journey behind the Falls, a ride up the Skylon Tower to see the falls from a height and a Whirlpool Jet boat Adventure experience.  Experience the Falls in a completely different way in our Helicopter Tour over the Falls.  Later today, visit the quaint little village of Niagara-on-the Lake and drop by some of Niagara’s finest wineries for a Wine Tasting Tour.
We recommend you stay back at least till 9 PM, so you can witness the Falls all lit up in multi-colours before driving back to Toronto for your overnight stay.
This tour package includes Hornblower Cruise – Voyage to the Falls Boat Tour.
Overnight in Toronto, ON.

DAY 3 – CN Tower visit and drive from Toronto to Ottawa.

Post your breakfast, check out of your hotel and drive to downtown Toronto for a quick self-guided tour of CN Tower.  Spend your morning to pay a visit to Toronto’s tallest Landmark – the CN Tower.  Standing at a height of 553.3 m-high, your self-drive tour includes admission to a ride to the Lookout Level, 114 floors above.
After your visit to the CN Tower, depart Toronto on your drive to Canada’s Capital city of Ottawa.  Enroute, you may want to stop at Kingston, on Lake Ontario, at the mouth of the Cataraqui and St. Lawrence rivers.  Kingston is the old capital of Canada and the city is renowned for its grand 19th-century buildings, and the lakeside Kingston City Hall.
Later this afternoon, drive to Ottawa. Your schedule will allow you to arrive Ottawa around dinner hour.
Admission to CN Tower Look Out Level & Glass floor is included in this tour package.
Overnight in Ottawa, ON.

Cruise along the Confederation Boulevard and view the sights in both Ottawa and Gatineau. Parliament Hill, museums, historical places, parks are some of the sights you will see.  You may want to visit the Parliament Buildings, the National Gallery or some of the museums before leaving Ottawa.  The other options to consider would include a tour of the Royal Canadian Mint or a boat ride along the Ottawa River.
Later this morning, you will depart for Quebec City.  Driving into the province of Quebec, you will take to the north shore of the St. Lawrence River.  As you drive along Chemin du Roy, one of the oldest highways in North America, you will pass through rustic Quebecois villages and historic shrines that dot this celebrated highway.  Follow the St. Lawrence River to reach the historic town of Trois-Rivieres, one of the prettiest towns in Quebec.   A visit to the Cathedral of Immaculate Conception which is a Gothic cathedral with magnificent stained-glass windows throughout, is highly recommended.
Your day will end on arrival in Quebec City.
Overnight in Quebec City, PQ.

Spend the day exploring Quebec City, Canada’s oldest city and a United Nations World Heritage Site.  The city was founded in 1608.  Choose from our range of sightseeing options of the city. Tours will cover the Latin Quarter, the Plains of Abraham, the Citadel, the Place Royale, and the Basilica.  Later in the day, drive out to Montmorency Falls, about 15 kms northeast of Old Québec along the St. Lawrence River. The Falls is 84 meters tall, which makes it one-and-a-half times taller than Niagara Falls.
Overnight at Quebec City, PQ.

This morning drive down to Montreal.  Spend the afternoon exploring Montreal.  A visit to Notre Dame Basilica and Mount Royale is a must.  You may also want to pay a visit to the Biodome, and to Parc Olympique where you can ride up the funicular to the top of the Olympique Tower.  Standing 165 metres high and at a 45-degree angle, the Olympique Tower is the tallest inclined tower in the world.
Spend this evening exploring the vibrant St. Catherine Street.  Street Festivals, red carpet events, sidewalk sales you will find everything on St. Catherine Street.
Overnight in Montreal, PQ.

Leaving Montreal this morning, drive along the St. Lawrence to Canada’s old capital city of Kingston.  Kingston is a city in Eastern Ontario, Canada on Lake Ontario, at the mouth of the Cataraqui and St. Lawrence rivers. It is known as the "Limestone City" for its grand 19th-century buildings, including the lakeside Kingston City Hall.
At Kingston, go on a 1,000 Island Cruise.  The cruise will help you discover breath-taking beauty and the rugged nature of the Thousand Islands.  The surprisingly lush landscape is dotted with luxurious cottages and vast estates. Experience the panoramic view of the majestic St. Lawrence River in our waterfront Island View Restaurant & Patio Bar.  We offer you the choice of upgrading your cruise to a 3 hour or a Sunset Dinner Cruise.
Rest of the day spend exploring Kingston and its surroundings.
1,000 Island Cruise at Kingston is included in the Tour Package.
Overnight in Kingston, ON.

This morning, check out of hotel, drive to Pearson international Airport (YYZ), and drop off your car.
End of your Self-Drive Canadian Holiday.
Did you find what you were looking for?  Let our Canada destination specialists take the stress away and tailor a holiday that suits your interest and wallet.
Are you travelling as a group of 10 persons or more? Check with us for our special group rates including transportation.
Contact our Canada Destination Specialist

Should the listed hotels not be available, it will be replaced with alternate accommodation of a similar quality.
We offer upgrade of hotel/hotel room subject to availability.

Blackout dates may apply.  Please check with us for more information.
Note - Operation of this tour is subject to the evolving COVID-19 situation. 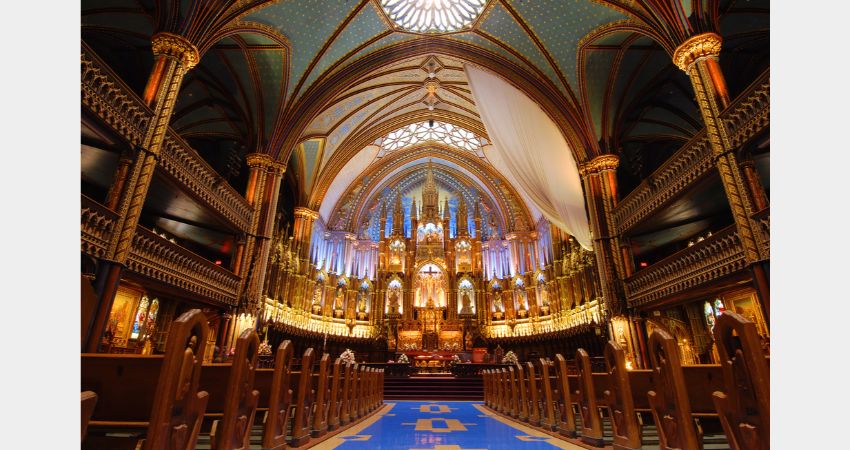 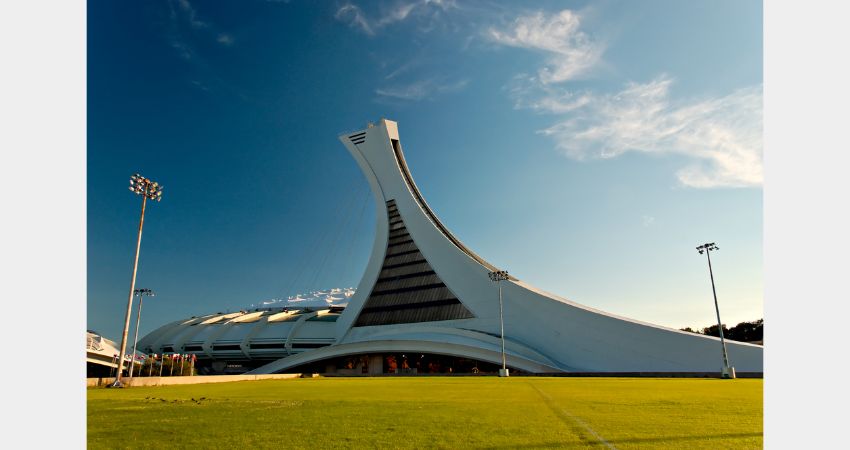 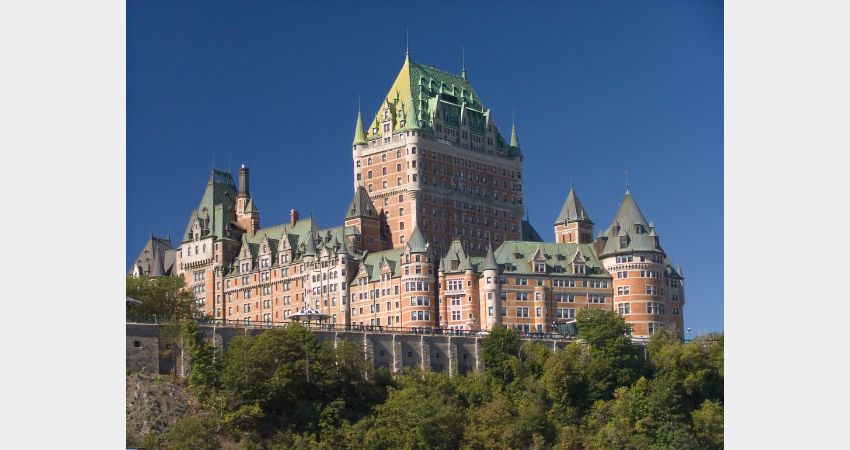 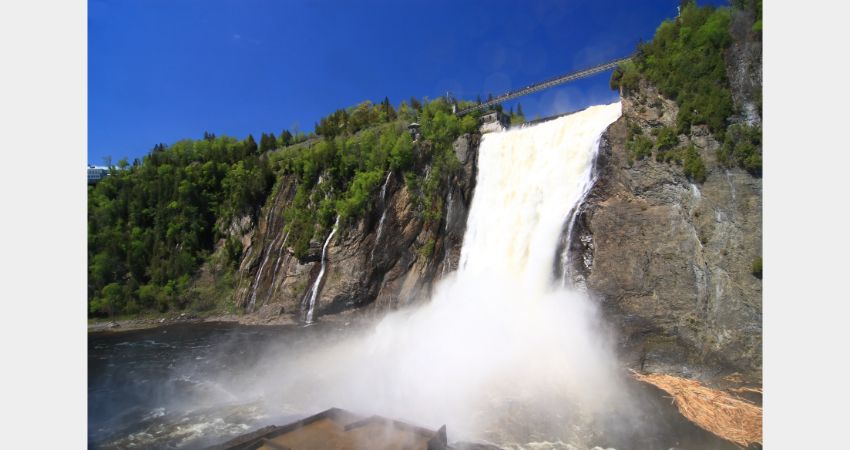 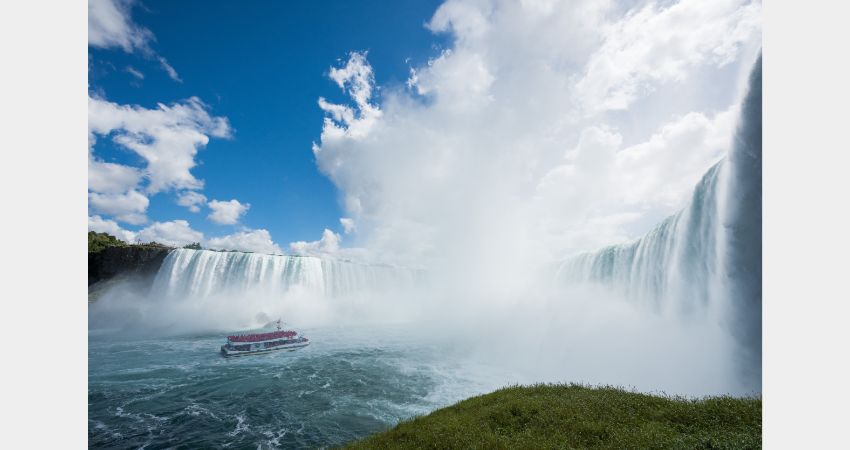 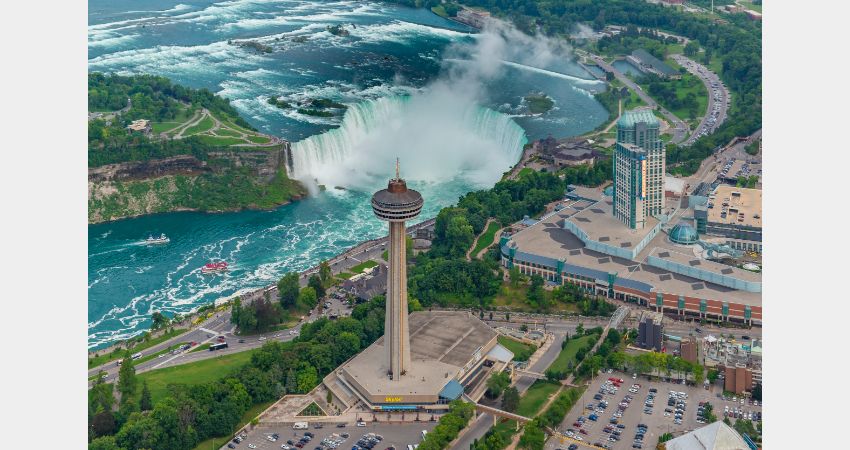 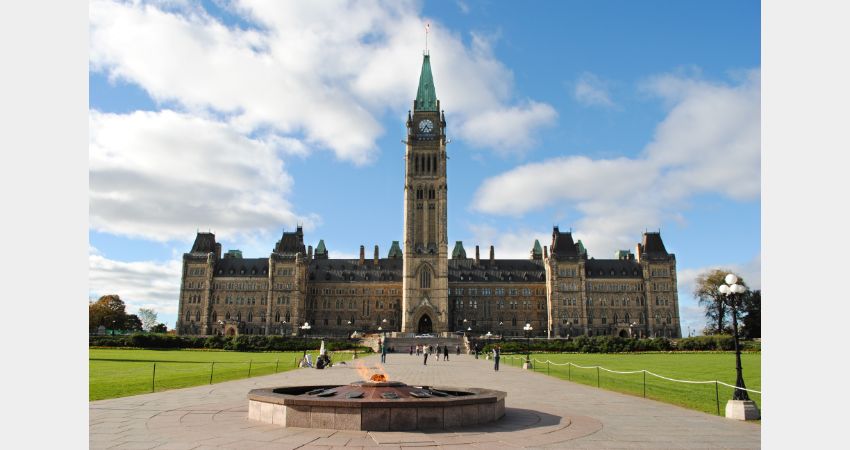 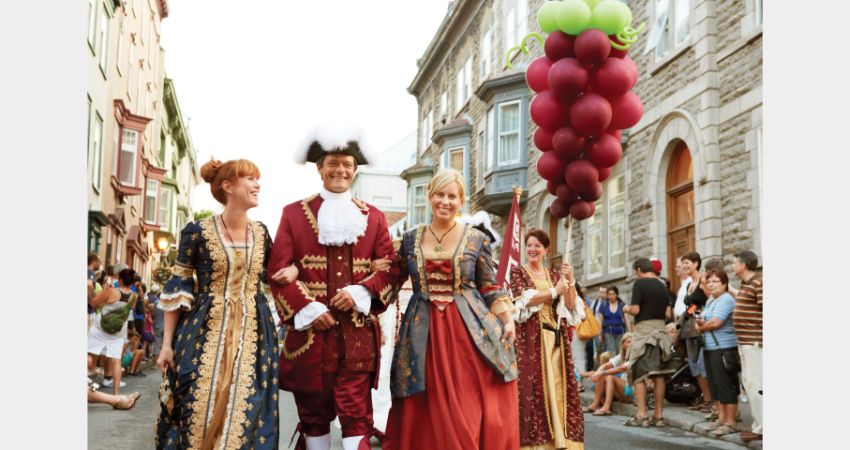 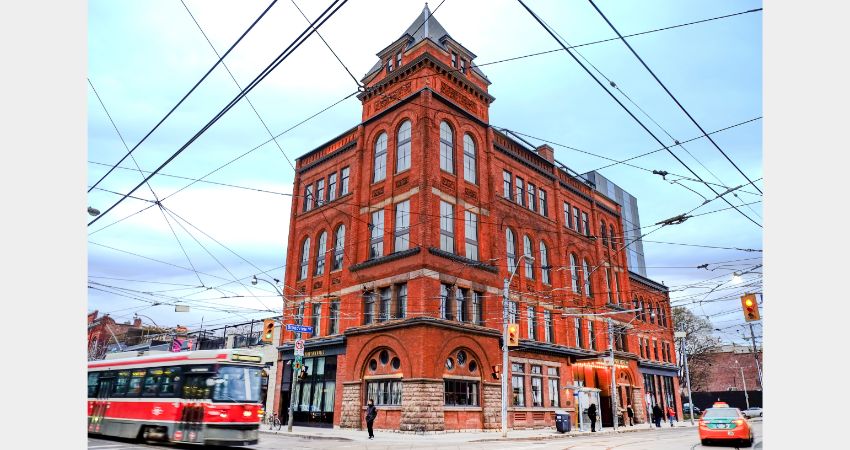 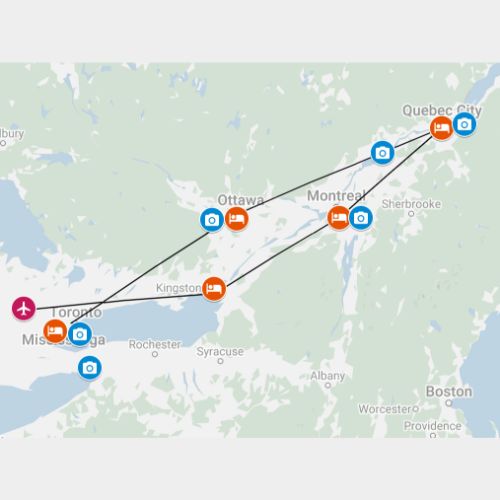